Jonathan has led an outwardly ordinary life, during which a long series of inner events pointed him towards relinquishing much of that life in favor of awakening and a radical falling away of egoic self. And yet outwardly, life still looks rather ordinary.  Briefly in his own words:

“I grew up in suburban middle-class Seattle, spending much of my youth immersed in music and assorted outdoorsy and athletic pursuits.  My family was kind of a mess.  By 17, I’d managed to earn many musical accolades and get kicked out of high school and arrested for a prank that went rather awry.  I did not win any “most likely to…” awards in school, and it would have been nearly absurd to imagine “spiritual teacher” as a role in my future.”

“I went to college though, devoting myself to training in my first instrument as a concert pianist; graduating with a music degree. Pivoting immediately to entrepreneurial pursuits, I spent much of my 20’s and 30’s self-employed. In retrospect, I’d say I was simply trying my best to work out how to function effectively in the world. There were moderate successes and an ordinary amount of failures along the way.  I also had a tendency to go traveling across continents, including a stint living in Italy.”

“Throughout all of this, an inner search for real truth ramped up, mostly unrevealed to those around me, which eventually became quietly yet ferociously all-consuming. Long periods of silence and many awakening experiences occurred during these years, but in 2011 I left regular life entirely for a long self-directed retreat in a tiny village in the remote highlands of Guatemala. There, I went through a sort of “final” doorway, in which a radical falling away of egoic self became the abiding ground of being.”

What on earth does that mean?!? That’s a really good question, and one you’ll hopefully continue to ask until its answer is experienced directly by you. Perhaps what’s offered here will contribute to that eventuality. But back to the story…

“For over a year following, back in Seattle, I was hardly inclined to talk at all; mostly doing so only when absolutely necessary.  And although the ordinary willingness to talk eventually returned, I still sat in a pleasant silence often, worked a little, and ultimately left again to wander quietly around Asia, Africa, and the U.S. Many of the driving factors in my life had softened or been dropped entirely, so the next few years were really spent adjusting to this over-arching sense of peace within, and how that informed my navigation of life. It was clear I would never return entirely to my former way of being.”

People began to occasionally seek me out, or ask me to speak or teach about my experiences.  Along the way, an inner prompt revealed a subtle healing ability, often assisted by touching someone on their head. (A description of what that’s like can be found by clicking here.) But most of the time, unless asked quite directly, my natural tendency was to reveal nothing of my own experiences or gifts.”

“But that eventually shifted too. Over the past few years, the inner prompt to share what’s been received has become the prime mover of life. There’s no one here, and yet what does remain is so ordinary. When everything appears divine, nothing really stands out as particularly special, so – a bit ironically – the rest of the story told above seems of minimal relevance or importance at all. Life still brings joys and challenges, as always. But I am happy to be in service and bend towards joy. The essential function – it seems, as I walk along my own journey – is to help others remove blocks to their own awareness of their deepest being…  and to live from the peace that pours forth; even though it is sometimes a bumpy road.”

Let’s go together towards home. 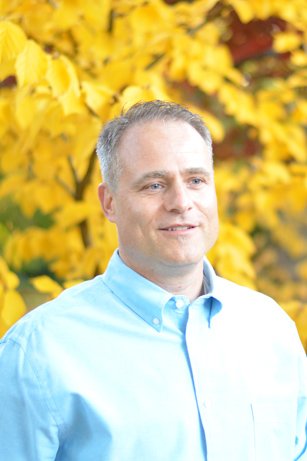 “Whenever I have sat with Jonathan as he shares the still, sweet water of inner peace and goodness, my heart unfurls with this most trustworthy and gentle guide.”

If It Resonates, You're Invited To Get In Touch:

“While it is nearly impossible to find adequate words to describe my experiences with Jonathon, I am so grateful for him sharing his special gift of guiding me deeper into my “busy mind” to make sense of my fears and apprehensions. I have never walked away from a session feeling anything less than empowered… and hopeful that I am continuing to make progress toward a spiritually fulfilled life. I most appreciate how he does it in a gentle way which still pushes me to dig deep and tap into raw emotions that stem from real experiences. While he, somehow, can see things inside of me on his own, he has a true talent for involving me in finding those internal walls and encouraging me to break them down a little at a time. ”  A.A. – Portland, OR